Identify your Fight or Flight responses to Procrastinaton 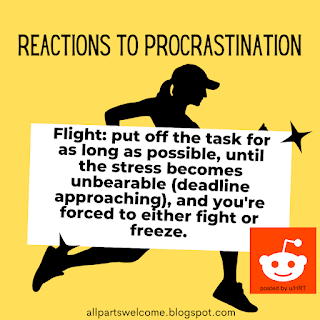 Overcome procrastination by identifying your fight, flight and freeze responses, and then choosing to fight

"How procrastination is triggered: you have to do a stressful task. The task is stressful due to a combination of 2 components: performance and time pressure (deadline).
How you react: you can either fight the source of stress, flee it, or freeze.

source
Flight: put off the task for as long as possible, until the stress becomes unbearable (deadline approaching), and you're forced to either fight or freeze. 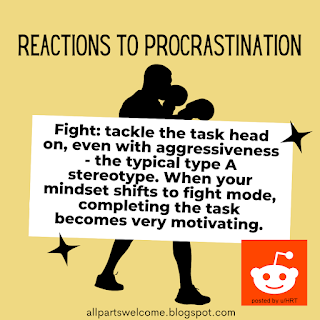 Fight: tackle the task head on, even with aggressiveness - the typical type A stereotype. When your mindset shifts to fight mode, completing the task becomes very motivating. 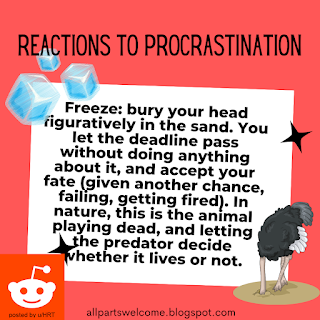 Freeze: bury your head figuratively in the sand. You let the deadline pass without doing anything about it, and accept your fate (given another chance, failing, getting fired). In nature, this is the animal playing dead, and letting the predator decide whether it lives or not. 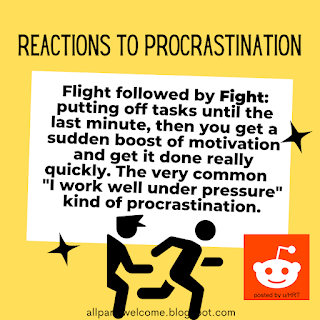 Flight, followed by
Fight: putting off tasks until the last minute, then you get a sudden boost of motivation and get it done really quickly. The very common "I work well under pressure" kind of procrastination. 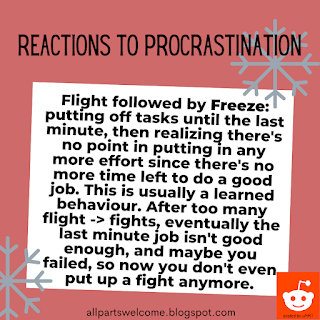 Flight, followed by
Freeze: putting off tasks until the last minute, then realizing there's no point in putting in any more effort since there's no more time left to do a good job. This is usually a learned behaviour. After too many flight -> fights, eventually the last minute job isn't good enough, and maybe you failed, so now you don't even put up a fight anymore. 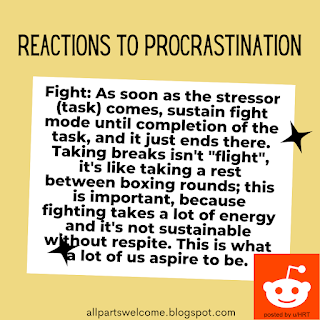 Fight: As soon as the stressor (task) comes, sustain fight mode until completion of the task, and it just ends there. Taking breaks isn't "flight", it's like taking a rest between boxing rounds; this is important, because fighting takes a lot of energy and it's not sustainable without respite. This is what a lot of us aspire to be. 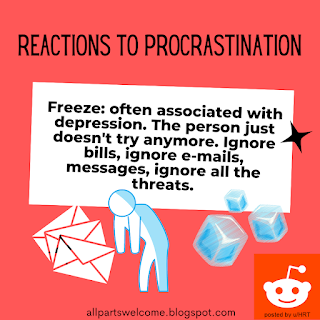 
How to handle multiple important tasks
Imagine you're in a fight against multiple opponents. 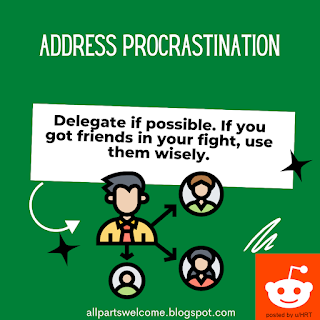 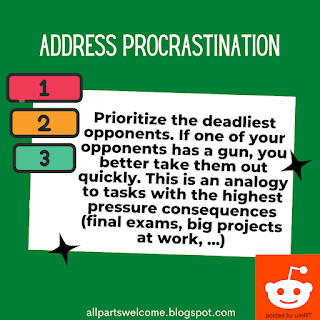 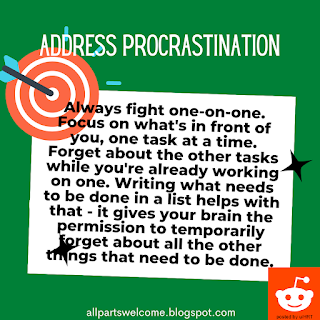