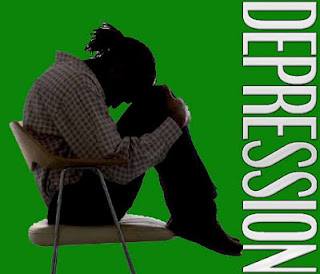 How do women experience depression?

Depression is more common among women than among men. Biological, life cycle, hormonal, and psychosocial factors that women experience may be linked to women's higher depression rate. Researchers have shown that hormones directly affect the brain chemistry that controls emotions and mood. For example, women are especially vulnerable to developing postpartum depression after giving birth, when hormonal and physical changes and the new responsibility of caring for a newborn can be overwhelming.
Some women may also have a severe form of premenstrual syndrome (PMS) called premenstrual dysphoric disorder (PMDD). PMDD is associated with the hormonal changes that typically occur around ovulation and before menstruation begins.
During the transition into menopause, some women experience an increased risk for depression. In addition, osteoporosis—bone thinning or loss—may be associated with depression.11 Scientists are exploring all of these potential connections and how the cyclical rise and fall of estrogen and other hormones may affect a woman's brain chemistry.12
Finally, many women face the additional stresses of work and home responsibilities, caring for children and aging parents, abuse, poverty, and relationship strains. It is still unclear, though, why some women faced with enormous challenges develop depression, while others with similar challenges do not.

How do men experience depression?

Men often experience depression differently than women. While women with depression are more likely to have feelings of sadness, worthlessness, and excessive guilt, men are more likely to be very tired, irritable, lose interest in once-pleasurable activities, and have difficulty sleeping.13,14
Men may be more likely than women to turn to alcohol or drugs when they are depressed. They also may become frustrated, discouraged, irritable, angry, and sometimes abusive. Some men throw themselves into their work to avoid talking about their depression with family or friends, or behave recklessly. And although more women attempt suicide, many more men die by suicide in the United States.15

How do older adults experience depression?

Depression is not a normal part of aging. Studies show that most seniors feel satisfied with their lives, despite having more illnesses or physical problems. However, when older adults do have depression, it may be overlooked because seniors may show different, less obvious symptoms. They may be less likely to experience or admit to feelings of sadness or grief.16
Sometimes it can be difficult to distinguish grief from major depression. Grief after loss of a loved one is a normal reaction to the loss and generally does not require professional mental health treatment. However, grief that is complicated and lasts for a very long time following a loss may require treatment. Researchers continue to study the relationship between complicated grief and major depression.17
Older adults also may have more medical conditions such as heart disease, stroke, or cancer, which may cause depressive symptoms. Or they may be taking medications with side effects that contribute to depression. Some older adults may experience what doctors call vascular depression, also called arteriosclerotic depression or subcortical ischemic depression. Vascular depression may result when blood vessels become less flexible and harden over time, becoming constricted. Such hardening of vessels prevents normal blood flow to the body's organs, including the brain. Those with vascular depression may have, or be at risk for, co-existing heart disease or stroke.18
Although many people assume that the highest rates of suicide are among young people, older white males age 85 and older actually have the highest suicide rate in the United States. Many have a depressive illness that their doctors are not aware of, even though many of these suicide victims visit their doctors within 1 month of their deaths.19
Most older adults with depression improve when they receive treatment with an antidepressant, psychotherapy, or a combination of both.20 Research has shown that medication alone and combination treatment are both effective in reducing depression in older adults.21 Psychotherapy alone also can be effective in helping older adults stay free of depression, especially among those with minor depression. Psychotherapy is particularly useful for those who are unable or unwilling to take antidepressant medication.22,23

How do children and teens experience depression?

Children who develop depression often continue to have episodes as they enter adulthood. Children who have depression also are more likely to have other more severe illnesses in adulthood.24
A child with depression may pretend to be sick, refuse to go to school, cling to a parent, or worry that a parent may die. Older children may sulk, get into trouble at school, be negative and irritable, and feel misunderstood. Because these signs may be viewed as normal mood swings typical of children as they move through developmental stages, it may be difficult to accurately diagnose a young person with depression.
Before puberty, boys and girls are equally likely to develop depression. By age 15, however, girls are twice as likely as boys to have had a major depressive episode.25
Depression during the teen years comes at a time of great personal change—when boys and girls are forming an identity apart from their parents, grappling with gender issues and emerging sexuality, and making independent decisions for the first time in their lives. Depression in adolescence frequently co-occurs with other disorders such as anxiety, eating disorders, or substance abuse. It can also lead to increased risk for suicide.24,26
An NIMH-funded clinical trial of 439 adolescents with major depression found that a combination of medication and psychotherapy was the most effective treatment option.27Other NIMH-funded researchers are developing and testing ways to prevent suicide in children and adolescents.