The B Complex Vitamins 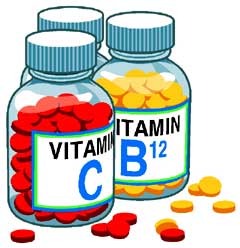 Note: You must take a B-Complex vitamin with any single B (numbered) vitamin for it to absorb.

"The B-complex vitamins are essential to mental and emotional well-being. They cannot be stored in our bodies, so we depend entirely on our daily diet to supply them. B vitamins are destroyed by alcohol, refined sugars, nicotine, and caffeine so it is no surprise that many people may be deficient in these.

Here's a rundown of recent finding about the relationship of B-complex vitamins to depression: